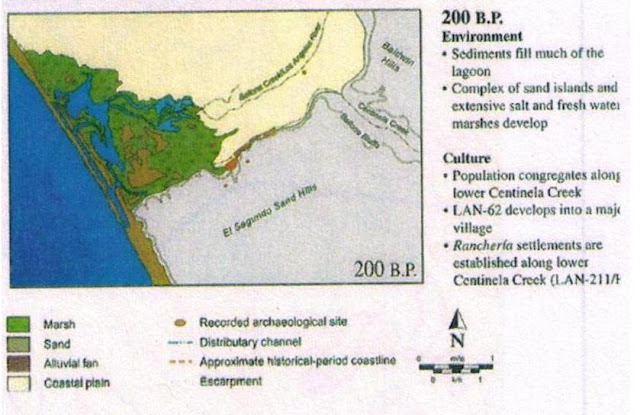 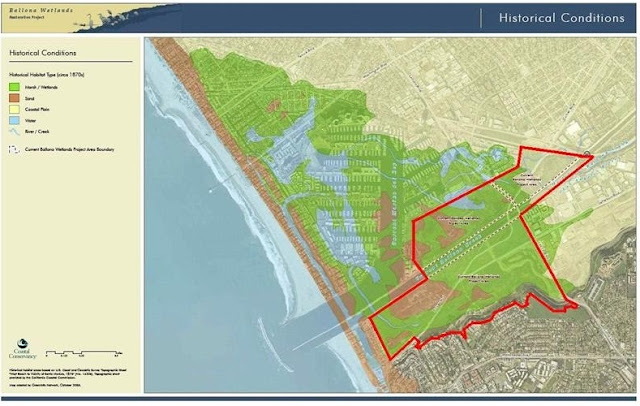 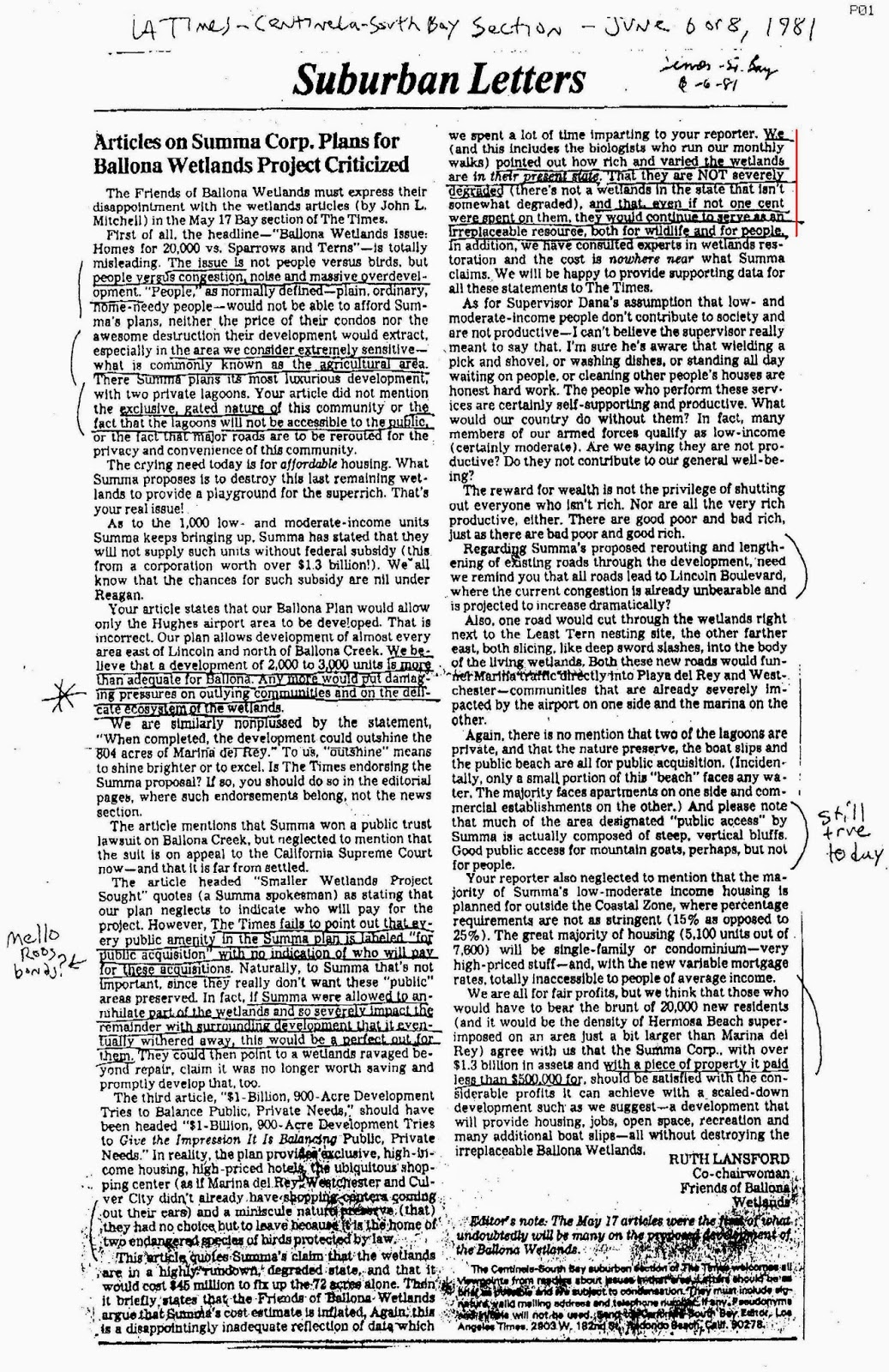 It is our opinion that the definition of "restoration" used by the advocates of major bulldozing is so flexible that it is junk science, all attempting to justify a project that is the most expensive for the taxpayers, and the most profitable for engineering firms. Given that we have shown already that the State's proposal is not historically accurate (http://ballona-news.blogspot.com/2012/08/first-big-public-hearing-on-ballona.html), and unnecessary, and ecologically unsound, we hope that those who claim the wetlands are "dead" give it a rest.
Posted by Rex Frankel at 8:16 PM No comments: