Sometimes money is not enough...

the Annenberg Foundation Will Not "AccessBallona"

12/4/2014...
the big news in the L.A. papers yesterday for us Ballona lovers is that the ranks of supporters of bulldozing the Ballona Wetlands keeps shrinking:


HOW THE PRESS REPORTED IT:

and then have a look at the empty pro-bulldozing website which is sponsored by the former president of the Friends of Ballona Wetlands, the ex-head of the Santa Monica Bay Restoration Commission who has pushed the mega-bulldozing scheme since 2008, the Playa Vista rep on the Westchester Neighborhood Council, and a board member of of PV JOBS, Playa Vista's charity: https://accessballona.wordpress.com/ 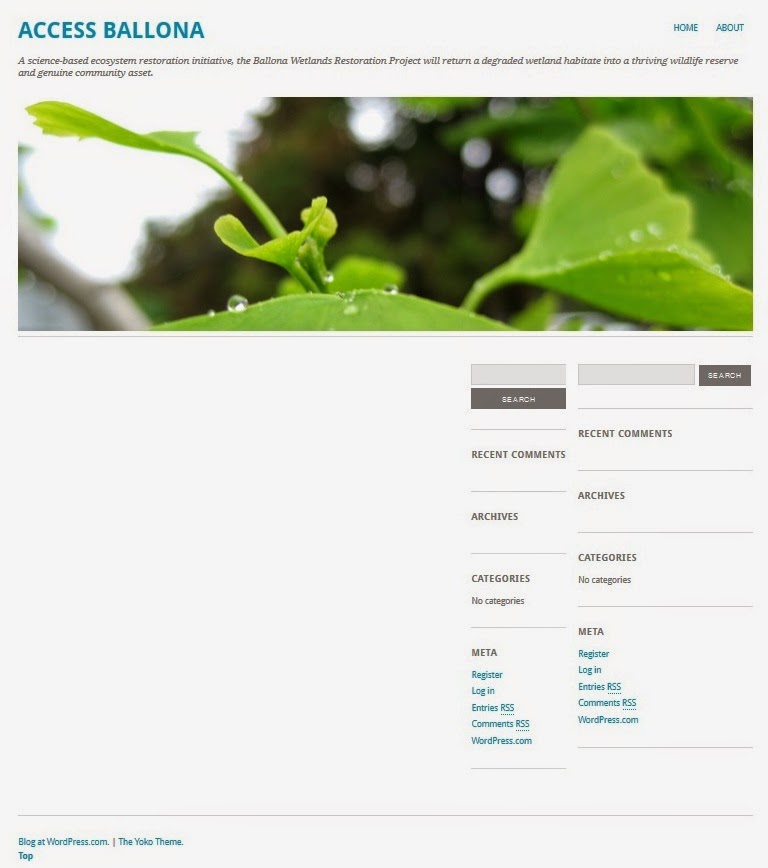 HOW WE SEE IT:

Yesterday, the billionaire heiress to the TV Guide fortune pulled back the $50 million lifeline she had offered to the project 2 years ago, which she had negotiated in secret with the very secretive State managers of the land. The cash was offered to help "restore" the land in exchange for the TV-Guidester's private foundation (ie., tax dodge) getting to build a supermarket-sized nature center and office complex for her group. The State managers took over the land in 2004, after the taxpayers bought 600 acres from the greedy developers who planned to pave it for 35 years. The State folks invited involvement of the public, yes, You and Me, but in practically no time they started meeting in secret and far away places and hatched a plan in 2008 to use the wetlands to solve problems of local polluters (calling it "natural filtration"), and to serve the non-natural needs of at least two real estate developers and later, the TV Guide charity. They and their hired propagandists went to great lengths to convince the public that their project was a legally allowable "restoration". The problem here is that you cannot restore something to what it never was. My guess is that the billionairess figured this out and did not want to wait through years of litigation which I and others promised them.

Two owners ago, the Ballona Wetlands' landlord laughed at us when we told them they needed to save at least 70% of the land as natural open space, as other big developers in Southern California had agreed to do, if they wanted to convert some of this area's last natural land into condos, shopping and offices. Soon after that, we and others sued them numerous times for violations of the law. By paying their lawyer bills instead of the mortgage for land purchased at the top of the market, their lender Chase Manhattan bank was forced to seize the land and write off half the value. A new owner walked in and salvaged the project, and also agreed to sell 2/3rds of the land to the State of California for the huge price of $140 million. They then proceeded to continue the condoization of the land they kept. When they sought more condos we sued them again and kept them stopped for 8 years until 2012. The outcome of this all is that 13,000 condos has been cut to 6000. Numerous ten to sixty story highrises have been cut to mostly 4 stories. Traffic generation was cut to 40% of the original proposal. Finally: We saved 70% of the land, a fact used as a selling point now by the developers themselves. And finally, the company CEO told the local press that over the last 20 years, his company and 2 predecessors had lost $600 million trying to get their way.
http://ballona-news.blogspot.com/2008/03/playa-vista-financial-quagmire-july-13.html

The moral of this story, which likely has been figured out by the TV Guidesters, is: rich people can buy off politicians and some fake friends of the public, but when the average folks stand up to the greedy, the greedy may win a few battles and get some of what they want, but they'll also likely walk away with empty wallets.

Rex Frankel
Posted by Rex Frankel at 10:31 AM No comments: